Bridget Moser is a performance and video artist whose work combines strategies associated with prop comedy, experimental theatre, performance art, absurd literature, existential anxiety and intuitive dance. Recent solo exhibitions include My Crops Are Dying But My Body Persists at Remai Modern and the John Michael Kohler Arts Center, and You Opened That Can Now Let’s Eat the Whole Thing at Latitude 53 and SPACES Cleveland. She has presented work in venues across Canada, including the Art Gallery of Ontario, Musée d’art contemporain de Montréal, Mercer Union, the Art Museum at the University of Toronto, Vancouver Art Gallery, Western Front and MSVU Art Gallery.

She has been a lead faculty member at The Banff Centre and a resident artist at Fondazione Antonio Ratti in Como, Italy. Her work has been featured in Artforum, Frieze, Canadian Art, Art in America, C Magazine and Artribune Italy, among others, and she has been shortlisted for the Sobey Art Award. She can be contacted at bridget.moser@gmail.com 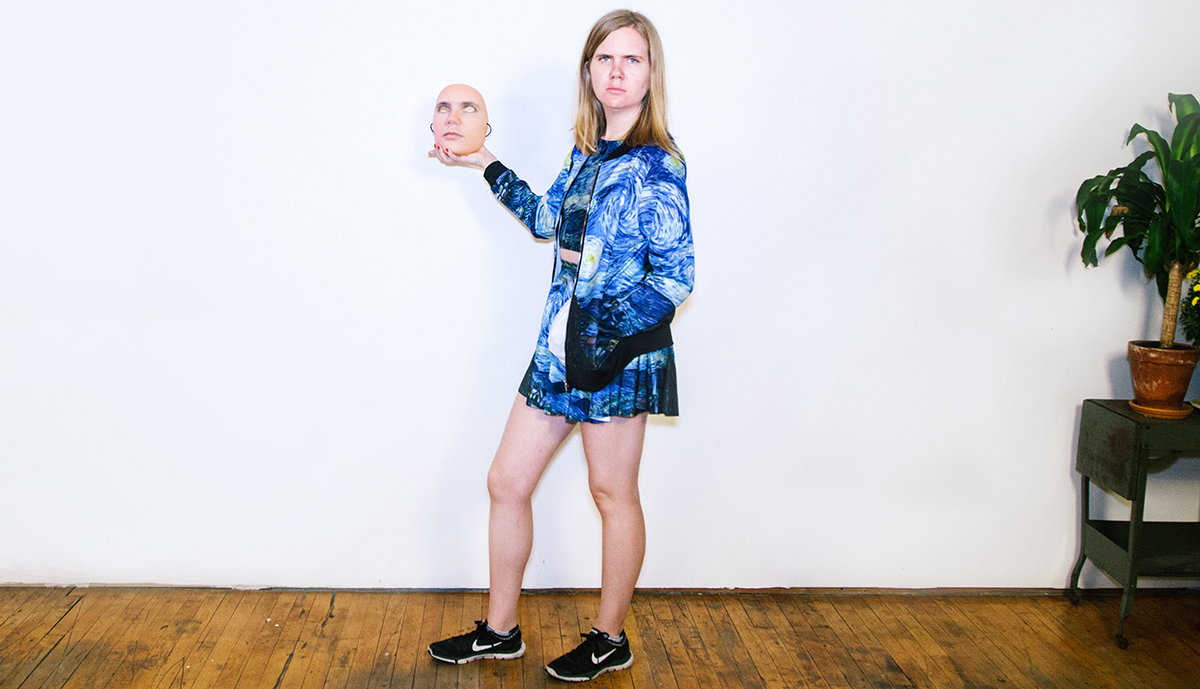 “Moser uses [conventions] as tools; she uses them to stabilize her slippery semiotic shifts even as she turns them back on themselves, slicing the bonds between signifier and signified with the ease of a practiced shoplifter removing a security tag. Moser does not defy or reject popular culture, but her performances do undermine the unified significations on which it relies, offering instead a thicket of signification so rich with distraction, dazzle and reflection that we forget the habits we came in with, forget, as it were, how to walk. In her activation of this dialectic of known and unknown, familiar and unfamiliar, Moser is less a young artist trying to define herself against the masters who precede her, than one in a long line of meaning-makers, outclassed but clever, sparring playfully with the behemoth of mass culture.” – Sarah Hollenberg

“Moments of pathos and humour in Moser’s work arise from the friction between her virtuosity and ineptitude. On one hand, Moser’s writing is full of disarming turns of phrase and poetic insight (“I’m drowning in a sea of Hamlets! All indecisive and infested with ghosts. And me worst of all”), and her imaginative reconfiguration of simple props is nothing short of thrilling. Her vaguely narrative performances elicit sensations of being slightly “off” or unreconciled. They feature props and set pieces in states of becoming or collapse. They access humour and produce pathos through the haphazard and awkward. They reveal moments of beauty and insight to be the tenuous constructions that they are by allowing them to fall apart.” – Jordan Tannahill